Greeley, PA - Kahr Firearms Group, a leader in innovative firearms design and manufacturing, is proud to announce that 16-year old competitive shooter Danyela D'Angelo will make a special appearance at the Kahr Firearms Group booth #6063 at the NRA Annual Meetings & Exhibits in Indianapolis, IN.

D'Angelo will be in the Kahr Firearms Group booth during NRAAM for a Fan Meet & Greet, where she will be signing posters and talking to fans. Her scheduled appearance times is Sunday, April 28 from 11 am - 12 noon.

Danyela D’Angelo began shooting competitively at the age of 11, with her father’s invitation. Since then, D’Angelo has fired hundreds of thousands of rounds through practice and competitive events. By 2015, she was shooting in multiple local USPSA pistol matches each month, and discovered 3 Gun Competitions soon after. Her training and competitive experience have given her a valuable perspective: “Winning is just one aspect of competing. You have to lose a lot more than you win, so handling that is a big part of success,” D’Angelo says. She enjoys the competition shooting lifestyle and the relationships with people and companies, like Kahr Firearms Group, that it has afforded her. While D’Angelo continues to train with her father regularly, she also works with trainer and 7-discipline USPSA Grandmaster Nick Saiti of Secret Weapon Training.

D’Angelo’s skill and determination are beyond her years. Seeing her videos on social media, and watching her adeptly handle a .50 cal Desert Eagle, for example, make it hard to believe that she is a teenage girl rather than a seasoned professional. D’Angelo completed the last MGM Ironman at only 14 years old. She has competed in the Hard as Hell Multigun Match for the last four years. Her “tools” include a Beretta 1301 12-gauge, POF USA Renegade Plus in 5.56 with Vortex optics, and her Eddie Garcia custom open division .38 super comp race gun. D’Angelo continues to accumulate as many points as she can in hopes of representing the US at the 2020 World Shoot in Thailand. She works hard to balance school work with the demands of competition training so that she can become a lawyer in the future. 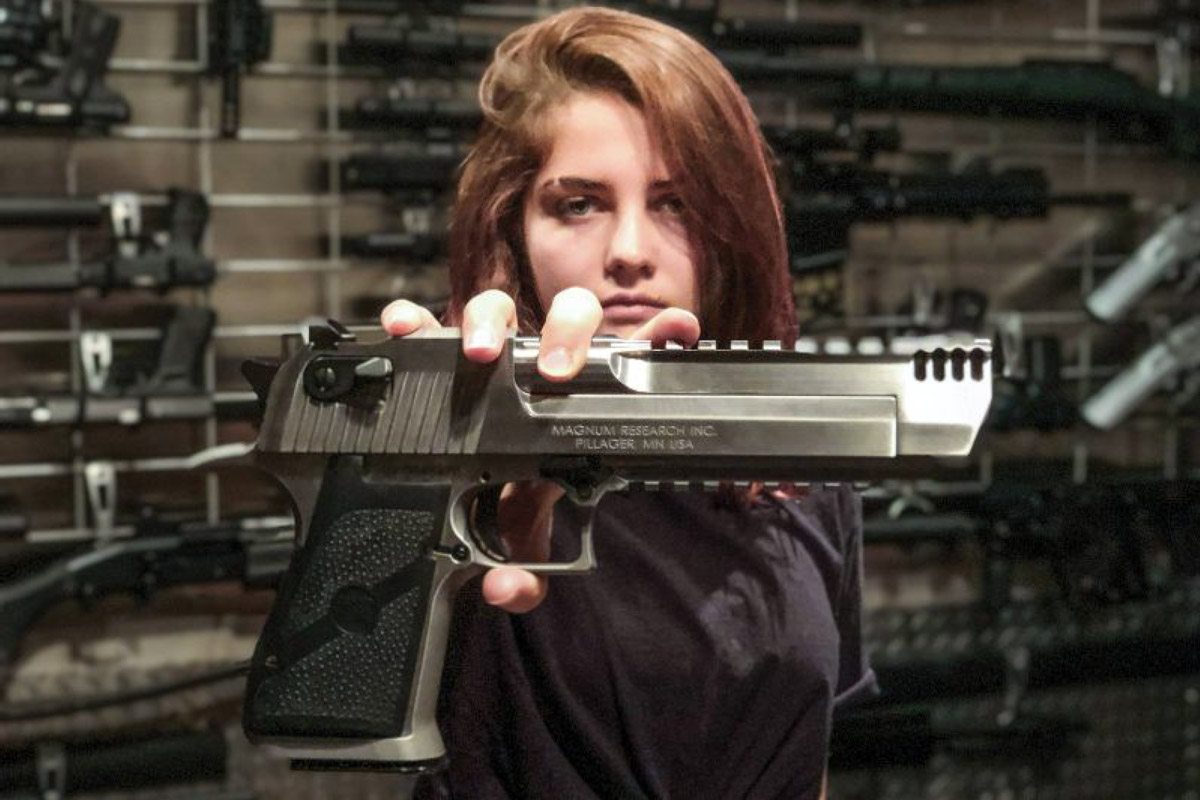