A Rifle for The Commander in Chief
(Greeley, PA) - Kahr Firearms Group has made no secret of its support for President Donald Trump. Just as he has demonstrated patriotism and devotion to America, Kahr Firearms Group has expressed its appreciation to the 45th President of the United States for his leadership, with a series of custom guns honoring the administration. Working with the talented artists at Outlaw Ordnance, Kahr produced a series of Trump commemorative firearms, beginning with the first “Trump 1911”. The product line has since expanded into a series of Auto-Ordnance 1911s and Tommy Gun, a Magnum Research Desert Eagle, and new for 2021, a Thompson AR15. This latest gun in the Trump series honors his role as “Commander in Chief” of the Armed Forces of the United States. Justin Moon, President of Kahr Firearms Group recently stated, “We appreciate President Trump’s patriotism and dedication to freedom. Kahr has found American shooters agree, and have a strong interest in owning firearms that pay tribute to the 45th President.”

Functional Art
Every gun in Auto-Ordnance's Trump series is a detailed artistic creation by the team at Outlaw Ordnance, and also a highly refined shooting implement. Kahr Firearms Group continues this tradition of excellence, with the “Commander in Chief” custom AR15 rifle. This elaborately finished and engraved rifle honors the patriotism of the 45th President, and his determination to “Keep America Great”. This motto is engraved on the right side of the upper receiver, and “The United States of America” on the aluminum free floated, M-Lok forearm. The left side of the upper receiver is engraved with President Trump’s name and title, “Commander in Chief” of the Armed Forces. The lower receiver has beautiful relief cuts, along with “45th” noting his position in our nation’s long line of presidents. The American Flag, and a star pattern are detailed on the grip and forearm. The president’s likeness in front of the White House adorn the left magazine well, with the Presidential Seal on the right. “In God We Trust” is placed on the forward assist housing. Each Commander in Chief AR15 is built on billet aluminum upper and lower receivers. The pistol grip and stock are by Hogue. The finish is Burnt Bronze and Black Cerakote. The rifle barrel is 16”, 1 in 8 twist, nitride coated, and chambered in 5.56. One 30 round Magpul P-Mag is included. The MSRP for the Commander in Chief AR15 is $2,263, Model: AR-TRUMP. 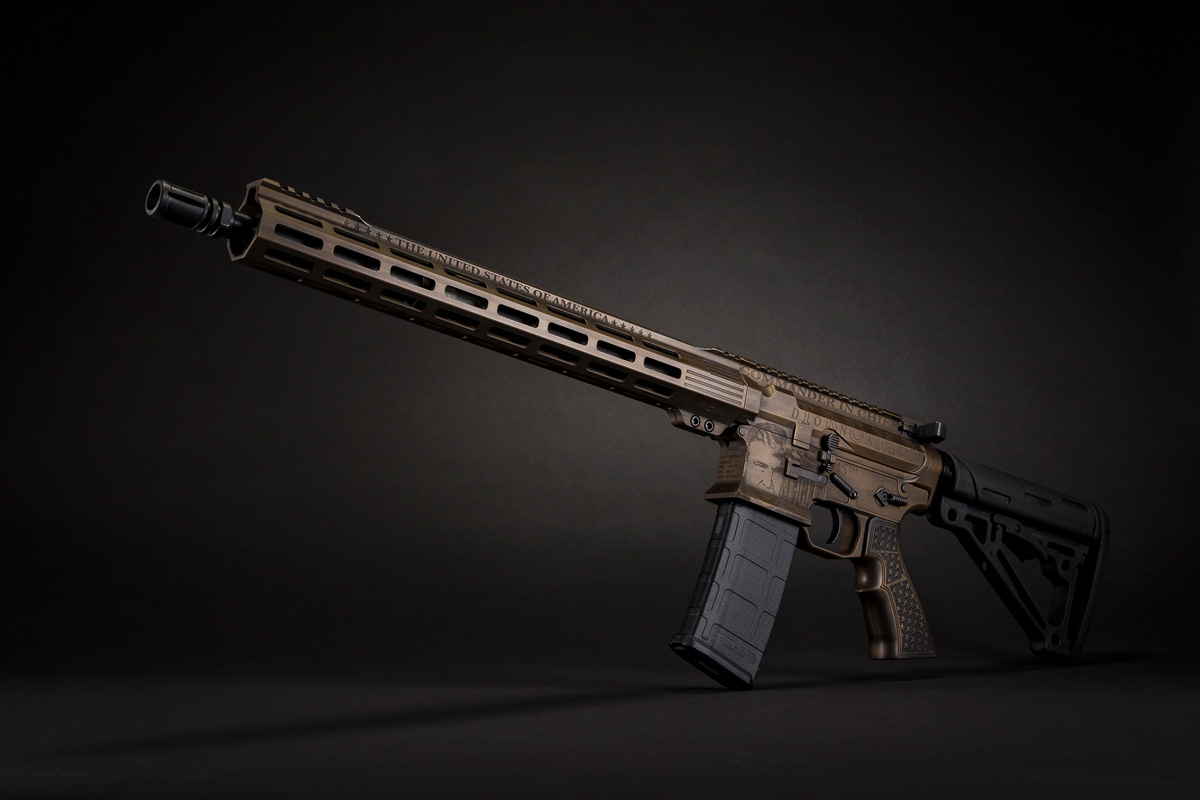 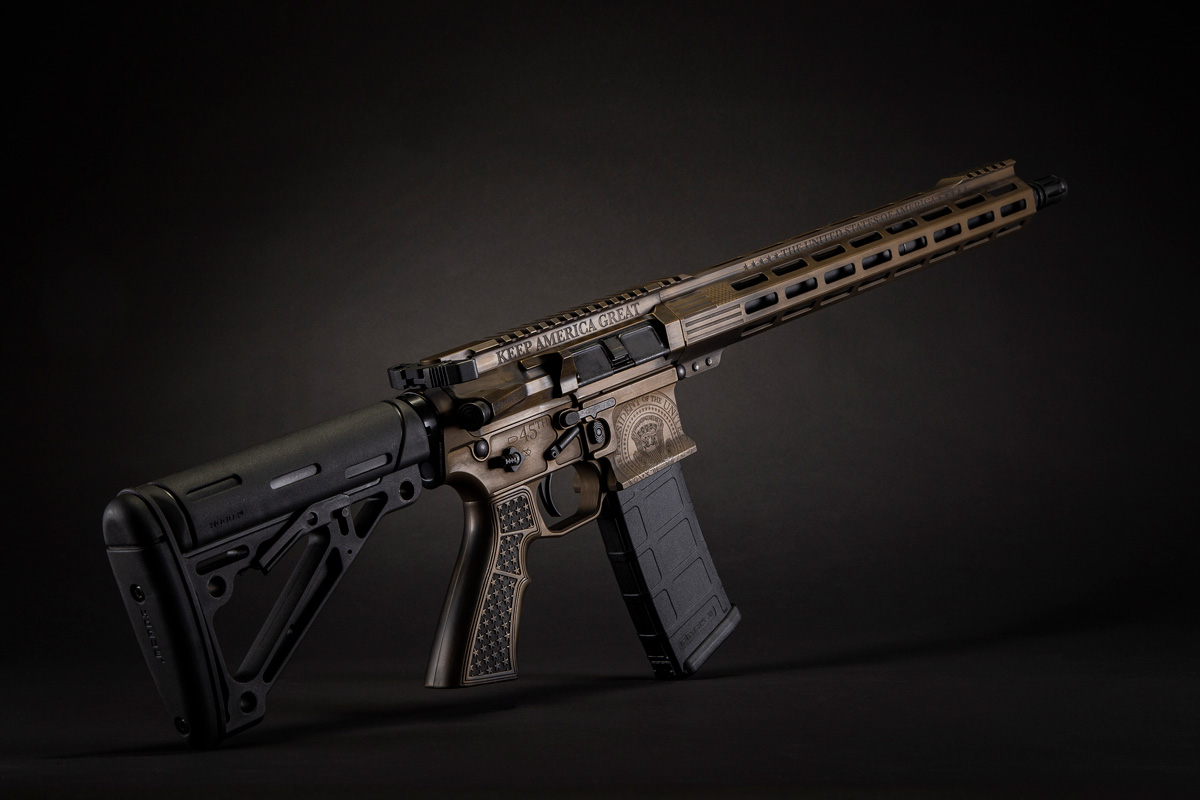