Guns that Made the 20’s Roar
Greeley, PA: The Thompson is often called the “gun that made the 20’s roar”, but it was not the only reason for that saying. In fast cars with loads of moonshine, 1920’s bootleggers roared down country roads, evading the law and delivering white lightning to speakeasies. Lawmen raced after the motor bandits, wielding Tommy Guns and 1911s. It was not long before Hollywood depicted these duels on the big screen. The Roaring 20’s blazed a trail into American pop culture and history. Auto-Ordnance’s latest custom guns are produced in collaboration with Outlaw Ordnance, and commemorate the era with the “Bootlegger” Thompson and 1911. Jodi DePorter, Director of Marketing for Kahr Firearms Group, commented on them saying, “Auto-Ordnance is devoted to preserving American History, and the Bootlegger series invokes images of the roaring 20’s--a time people find fascinating! Owning one of these guns is truly owning a piece of American history.”

Range Worthy Art
The Bootlegger Thompson and 1911 are works of art, and refined shooting implements. Each gun is artfully engraved with depictions of 1920s autos, newspaper print, wanted posters, and historical images from the time. The Thompson barrel is marked “Speakeasy”. The 1911 slide and Thompson receiver are engraved “Bootlegger Prohibition Edition”, and “150 Proof Tennessee Moonshine”. Beautiful scrollwork covers the American Walnut wood furniture, and sections of the steel. The finish is distressed Bronze Cerakote with a clear coating overlayed. The wood furniture is also distressed and then stained. Both guns are completely American made firearms, chambered in .45 ACP. The Thompson features a 16.5” barrel, 20 round stick, and 50 round drum magazine. MSRP for the Bootlegger Thompson is $2,883 (T1-14C3). The 1911 comes with one 7 round magazine. MSRP for the Bootlegger 1911 is $1,496 (1911BKOC9). 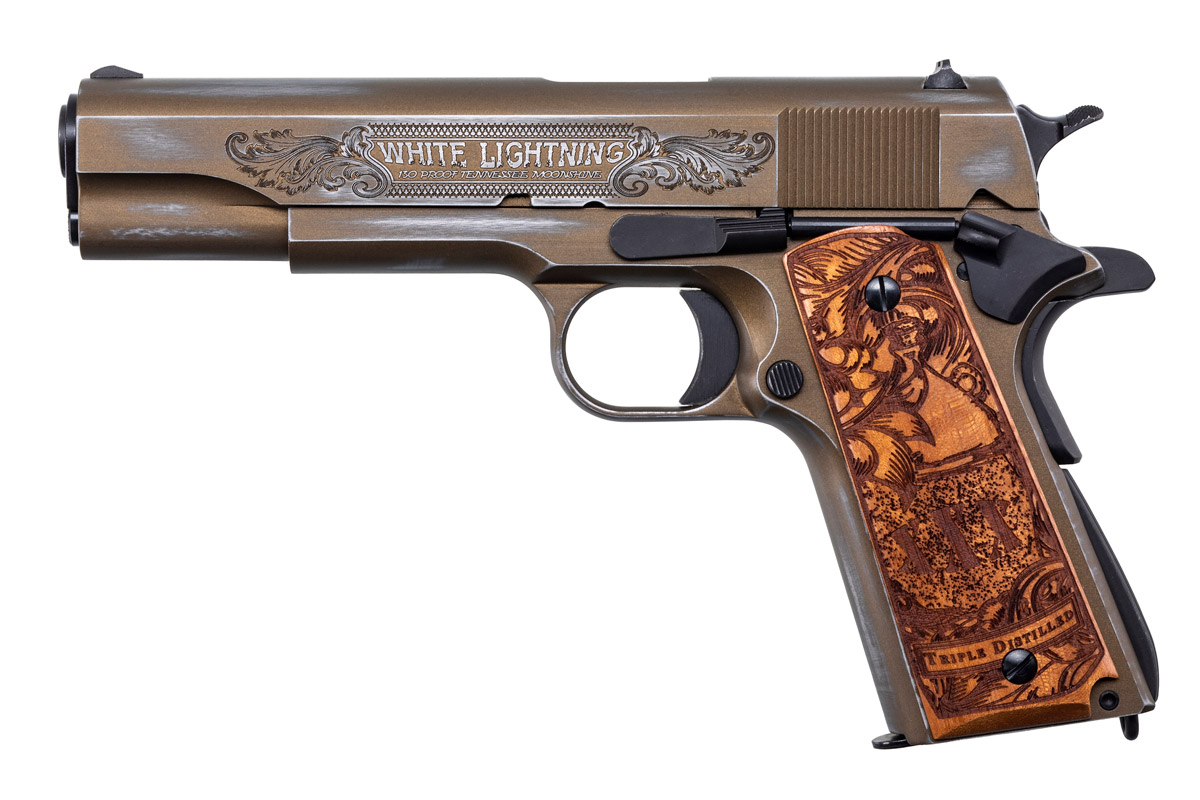 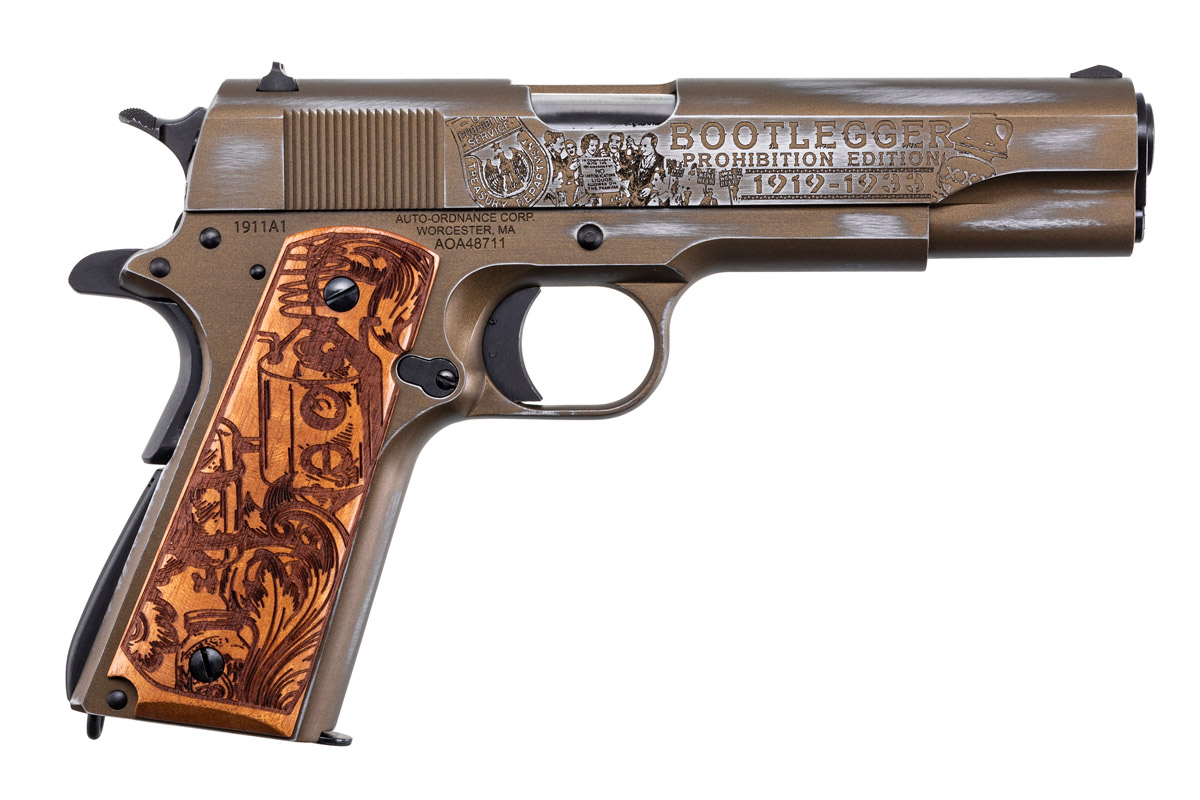